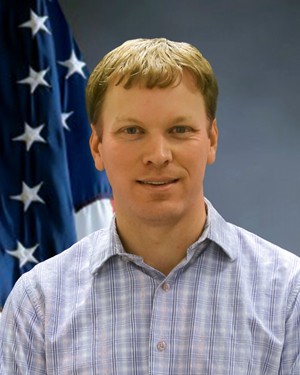 CST/CBRNE: Can you provide some insight into the recent evolution of unmanned systems R&D at Edgewood in the last few decades?

Mr. Colgan: The U.S. Army Research, Development and Engineering Command Edgewood Chemical Biological Center is the primary Department of Defense technical organization for non-medical chemical and biological defense. Utilization of unmanned systems increased in the 1990s and continues today to provide a remote ability to detect, sample, and alert on potential hazardous conditions. Today’s efforts include unmanned ground vehicles capable of carrying multiple sensors and detection equipment. Unmanned aircraft (drones) have been designed with a common electrical and mechanical interface termed the Array Configured of Remote Network Sensors (ACoRNS). ACoRNS modules encompassing a range of chemical, biological, radiological and nuclear (CBRN) defensive capabilities have been demonstrated and are being planned for additional warfighter evaluation. ACoRNS is a thermos-shaped container of sensor packages that can be affixed to the bottom of an unmanned aircraft or mounted on the roof of an unmanned ground vehicle. Those sensor packages include modified versions of the Tactical Biological Generation II Detector, called TACBIO, which rapidly detects the presence of an airborne biological threat, and the Joint Chemical Agent Detector, which is an automatic chemical warfare agent detector. RDECOM ECBC scientists have used the ACoRNS as part of an integrated early warning system to feed the ACoRNS data into a single information sharing system. The system combines data from multiple sensors to provide military decision makers with a common operating picture that includes CB hazard and threat information.

CST/CBRNE: From a proven capabilities perspective, what are some of the more pointed developments of late in your team’s unmanned systems application research?

Mr. Colgan: Leveraging concurrent and previous efforts at RDECOM ECBC and within the Department of Defense, we are developing a system-of-systems which includes an unmanned aircraft with CBRN detection capabilities launched from and autonomously landing on an unmanned ground vehicle. This solution would further remove the warfighter from hazardous conditions, providing many advantages including faster and more automated reporting of data to higher command.

CST/CBRNE: As priorities for unmanned applications usage in CBRN and incident response have increased, how is your office targeting aspects within these capabilities envelopes?

Mr. Colgan: We seek to ‘do more with less’. By reducing the necessary training time and incorporating automation, additional abilities are provided with minimal impact on existing requirements. Highly trained scientists can access and assess the data remotely as information is automatically consolidated and sent back from the battlefield.

CST/CBRNE: What are some promising applications in research or development at present?

Mr. Colgan: Having established ACoRNS as a modular interface supporting manned and unmanned systems (ground and air), we are engaged with Army, DoD, and other organizations to further develop sensor, detector, and sampler technologies and methods. Modeling and simulation of airflow can suggest optimal placement of airflow-sensitive elements. It’s not as easy as taking a hand-held instrument and duct-taping it to the side of a vehicle, if that instrument won’t function adequately.

CST/CBRNE: How is your team addressing the “autonomy factor” in building greater autonomous decision-making into systems?

Mr. Colgan: Our whole-system approach to CBRN defense is to reduce the burden to the warfighter / operator, and autonomy is one aspect of achieving that goal. Higher level commands such as ‘follow me’ or ‘search this area’ are possible with unmanned ground/air vehicles. We also consider the immense amount of data available and ways to filter out irrelevant information based on different users – a reconnaissance specialist, a battlefield commander, and a PhD chemist data analyst each have access to the same information system but do not need to have the same detailed views.

Mr. Colgan: Future challenges include coordination and teaming between many more unmanned elements. While RDECOM ECBC, other RDECOM labs, and the DoD are already addressing many of these individual capabilities, bringing many together to create a system which meets the goals of reducing the operational burden and improving the informative results requires expanding of the cross-organizational teaming which exists.