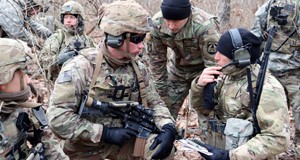 Six months ago, the U.S. Army officially stood up its newest command aimed at finding, developing and experimenting with cutting edge technology to lead the service into the future. Now, the aptly named Army Futures Command (AFC) – armed with its Cross-Functional Teams (CFTs) – is outlining a plan to deliver these technologies, including tactical network capability, to Soldiers by 2028.