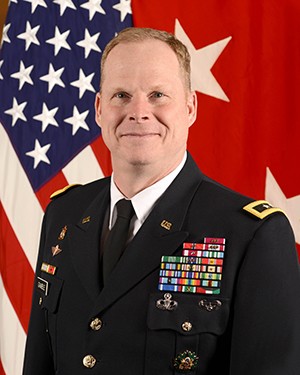 Gamble earned a Bachelor of Arts degree from Western Maryland College and was commissioned as an Ordnance officer in May 1985. He has earned Master of Science degrees from the Florida Institute of Technology and from the Industrial College of the Armed Forces.