Sustaining Operability From Procurement to Realignment 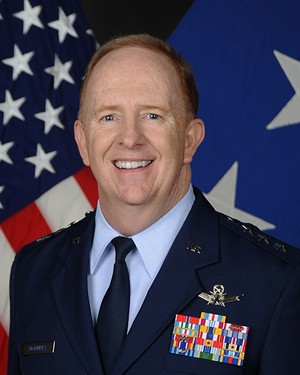 A&M: Speak to your role as AFLCMC Commander and your primary areas of focus.

Lt. Gen. McMurry: A few years back, Air Force Materiel Command made the decision to create a single organization focused on the entire life cycle for all fly (e.g. F-22, B-1, C-17, Global Hawk, etc.) and non-fly (e.g. munitions, C2 systems, etc.) systems in the inventory. We are talking from inception, to setting requirements, developing, acquiring and fielding, sustaining and modernizing when necessary until the system is no longer needed and is retired. We like to call it cradle to grave and the command saw an opportunity for real efficiencies by having that single organization with eyes on target.

So now is the time for all the lofty talk about promises goes away and people begin to expect results.

And I think the evidence shows that we are producing real results for the warfighter. Just about any day of the week you can turn on the television and see the Air Force in action, flying combat missions over Afghanistan and Syria, conducing intelligence, surveillance and reconnaissance in dozens of spots around the globe, flying humanitarian missions into Central America and the Caribbean – all using aircraft, pallets, uniforms, meals – all things that were acquired by AFLCMC. Simply put, none of those missions can happen without the work of the total force team of military, Air Force civilians, and contractors in AFLCMC.

A&M: How can you best impact the mission of your organization?

Lt. Gen. McMurry: The Life Cycle Management Center Mission is primarily focused on a train, organize and equip role to support the Program Executive Officers. Our goal is to have the right people, with the right training, in the right organizations executing critical acquisitions and product support for the world’s best air, space, and cyberspace force.

This entails recruiting, training, managing and retaining a team with the acquisition, contracting, financial management and engineering expertise, plus a whole bunch of other enabling skill sets.

All those skills sets combined results in world-class weapon systems. It’s basically about getting the right mix so those people can buy systems that meet all performance requirements, on cost and on schedule.

Now, the real challenge comes when you recognize our personnel numbers are at their lowest in 25 years which means we need to bring on not just more people, but also folks who are highly skilled. Adding to the challenge is our workforce is retiring in greater numbers, so we need to pass on skills to the next generation before our seasoned workers deservedly walk out with skills acquired over decades. For example, our engineering team identified nearly 180 individual engineering skill sets needed to holistically execute their mission. In addition, we are continually assessing which programs require a priority of effort through our strategic resource management model, as well as honing our efficiency thru center-wide standard processes.

My goal is to get to a point where we can demonstrably, with data, show that we are doing this job better every year, and that we can make the case that we are a genuine, “head of the class” organization within the Department of Defense for doing this kind of work. I think that in many areas we are, but presenting hard data as proof is key.

To phrase this more succinctly, I want to make sure we have super highly qualified people doing their job extremely well and that we can prove that with measures that are objective via verifiable data.

A&M: From an assets perspective, what focus areas are AFLCMC targeting in support of legacy programs as well as incoming F-35 and KC-46 integration, while addressing related challenges to keeping these critical airframes on track for USAF/DoD mission readiness?

Lt. Gen. McMurry: Looking across the board, it’s true our Air Force fleet is older now than ever, and we have pilots flying the same aircraft their grandfathers once flew. Age is only part of the story. The other factor is usage. It’s the old adage, “It’s not the years, it’s the miles.” There is truth to that. We’ve been flying combat operations non-stop since 1990—this takes a physical toll on weapons systems. Many of our weapons systems require upgrade modifications to remain operationally relevant. These are the reasons that recapitalization of our fleets is so important. It is vital to the continued security of this nation that the Air Force modernize and keep it an unfair fight against our adversaries. I’m proud to be on a team that is a key contributor towards this goal.

As new weapon systems come on-line, especially newly developed platforms, you face a multitude of challenges. We generally refer to this as “discovery.” These are simply the unknowables you can expect to encounter as you tread new ground. Every program goes through it. The F-35 has unprecedented computing capability and has had challenges finalizing the millions of lines of code in its software. Earlier, the KC-46 discovered excessive axial loads on the boom during testing that required some modifications. But we as an Air Force must always press the envelope on technology, if we don’t, our opponents will. These challenges will be overcome, its the nature of this business. Again, an agile team that is smart and flexible enough to adapt to any number of challenges is crucial.

Last, but not least, sustainment of the fleet is the lynchpin holding all this together. Lt. Gen. Lee Levy and his team at the Air Force Sustainment Center do a remarkable job keeping the depots moving and keeping aircraft in the air. Supply chain stability has been on the rise thanks to their efforts, but it is something that requires constant attention. It was one of the reasons that early on during the recent hiring freeze, the DoD granted a waiver to AFSC to continue hiring. Maintenance at the depots is very labor intensive work, so it is vital they have the human capital on hand that they need. But overall, I think they’ve done a remarkable job working with the program offices in AFLCMC to keep the fleet ready and available to the warfighter.

The proof, as they say, is right before your eyes. The Air Force is out there taking the fight to the bad guys and executing our national strategy. Our pilots, our maintainers, our team is getting the job done.

A&M: What are some of the current and future challenges facing AFLCMC and how are these being addressed? Lt. Gen. McMurry: Front and center are the big three acquisition priorities for the Air Force; F-35, KC-46 and B-21.

There isn’t much we can say about B-21 other than the program is managed out of the Pentagon, but much of the work is under way here at Wright-Patterson. We are still looking at procuring 100 aircraft for a unit cost in the $550 million range for an aircraft that will be highly survivable with the ability to enter heavily defended airspace and attack targets without prohibitive losses.

Today, the F-35A is combat ready, and can perform interdiction, basic close air support, and limited suppression and destruction of enemy air defenses. Moving forward, we look to achieving full warfighting capability with the capabilities inherent in Block 3F software. We are embarking on exponential program growth in numbers of aircraft, trained pilots and maintainers, and in operational units. While combat ready today, the F-35 program will continue to mature and deliver capabilities for the warfighter and the nation.

Regarding the KC-46, they are steadily working through the test program and approaching the day when Pegasus tankers will start arriving at Air Force bases. That’s important, because the capabilities this tanker brings to the fight are revolutionary. The KC-46A will have significant refueling capacity, improved efficiency, and increased cargo and aeromedical evacuation capacities. The KC-46A will support day and night operations for joint, allied, and coalition forces. It will underpin U.S. humanitarian missions. The KC-46A is expected to have higher mission-capable rates and less maintenance downtime, further assuring our nation’s Global Reach future.

Another critical program at the moment is the Presidential Aircraft Recapitalization. Air Force leadership has recently named Maj Gen Duke Richardson as the Program Executive Officer for the PAR program. As I said earlier, programs change as they move through the timeline and this program has advanced to the point of warranting a PEO. From my perspective, I need to ensure the program has all the right contracting officers, financial specialists, engineering talent, and program managers they need to execute their mission. It goes back to the building the right team for the time and mission. Although PAR will only procure two aircraft, they are the pride of the nation, and will perform a very unique and vital role not only in our national security but in the history of our country. This aircraft will provide safe, secure, worldwide transport necessary to ensure the President can execute the duties of Commander in Chief, Head of State, and Chief Executive while airborne. It is a crucial mission and we have to get it right.