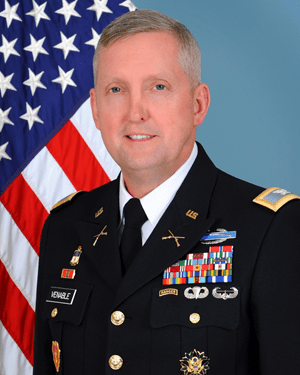 The National Military Strategy requires an Army that is rapidly deployable and strategically responsive across the full spectrum of operations. As the primary combat and combat support platform of the Stryker Brigade Combat Team, the Stryker Family of Vehicles fulfill an immediate requirement for a strategically deployable (C-17/C-5) brigade capable of rapid movement worldwide in a combat-ready configuration. Initiated in 1999 by then Army Chief of Staff General Eric Shinseki, the Stryker was meant to fill a capability gap between heavily armed but less deployable vehicles like the M2 Bradley and light weight vehicles like the Humvee. It was expected the Stryker would eventually be phased out. Now 20 years later the Stryker has proven to be a versatile platform with room for growth built into the design at the forefront. Stryker Brigade Combat Team Project Manager Colonel William Venable discussed the platform with Armor & Mobility, its capabilities and its future.

A&M: How would you assess the Stryker’s success since it was originally conceived?

COL Venable: The platform has clearly proven itself over the years. Stryker vehicles provide the warfighter with a combat-proven, versatile with a broad range of capabilities on a common platform. Part of the success of the Stryker program can be attributed to the way the platform allows us to leverage non-developmental capabilities with common subsystems and components to allow rapid acquisition and fielding. We stress commonality to reduce the logistics footprint and minimize costs, while maximizing performance. The latest generation of Strykers, the DVHA1, includes significant survivability and capability enhancements.

A&M: How many different Strykers do you manage through the Stryker Brigade Combat Team Project Office?

A&M: Can you expand on the DVH A1 configuration more?

COL Venable: This DVHA1 is the future of the Stryker platform for the next 30 years as the Stryker. This vehicle is anticipated to form the capability basis of the Stryker formation through 2050. The DVHA1 improvements will allow the platform to accept future capabilities and upgrades. The A1 improves upon the original DVH with improved protection, power, mobility and payload capacity. Specific improvements include an upgrade to a 450-horsepower engine and upgraded power pack thermal management system. We’ve also improved environmental conditioning to keep Soldiers cooler. We’ve been able to significantly upgrade the power generation with a larger alternator and smart power management features. Our payload capacity and mobility are improved with chassis and suspension upgrades. The vehicle’s data network is expanded to commander’s and driver’s stations. So we’ve managed to pack some significant upgrades into the DVHA1.

A&M: How do these improvements keep pace with Army network development?

COL Venable: The DVHA1, as a digitized platform is ready to accept the future Army network as it comes on board in the next few years. We are already moving out on integration of future systems, such as Bloodhound, the Integrated Visual Augmentation System (IVAS) and the next generation of tactical data networks. In the coming years, Stryker Brigade Combat Teams will be among the most connected fighting formations in the US Army.

A&M: Who is getting these new platforms?

A&M: Can you discuss improvements to the vehicles lethality?

The MCWS is an improved direct fire capability compared to what was fielded 2nd Cavalry Regiment on flat bottom Strykers. Improvements include integration on a DVHA1 Stryker (better mobility and survivability), better optics and improved situational awareness.

The ATGM upgrades bring the Stryker ATGM platform in line with the capabilities that currently reside in the Infantry Brigade Combat Teams and Armored Brigade Combat Teams. Specifically, we are upgrading the Modified Target Acquisition System (MITAS) which is greatly enhanced by the Precision Far Target Locator (pFTL), Image Enhancement (IE), and the capability to use Network Lethality (NL) to share real-time battlefield information on targets between platforms. The NL enhancement provides the capability for a Stryker ATGM Crew to pass target information to another Stryker ATGM Crew in a more favorable engagement location.

CROWS-J will provide the ability to engage armor targets with the highly-capable Javelin missile system under armor. It provides a significant standoff advantage and overmatch capability against likely near-peer adversaries. This development also addresses obsolescence and provides a growth potential, including network lethality.