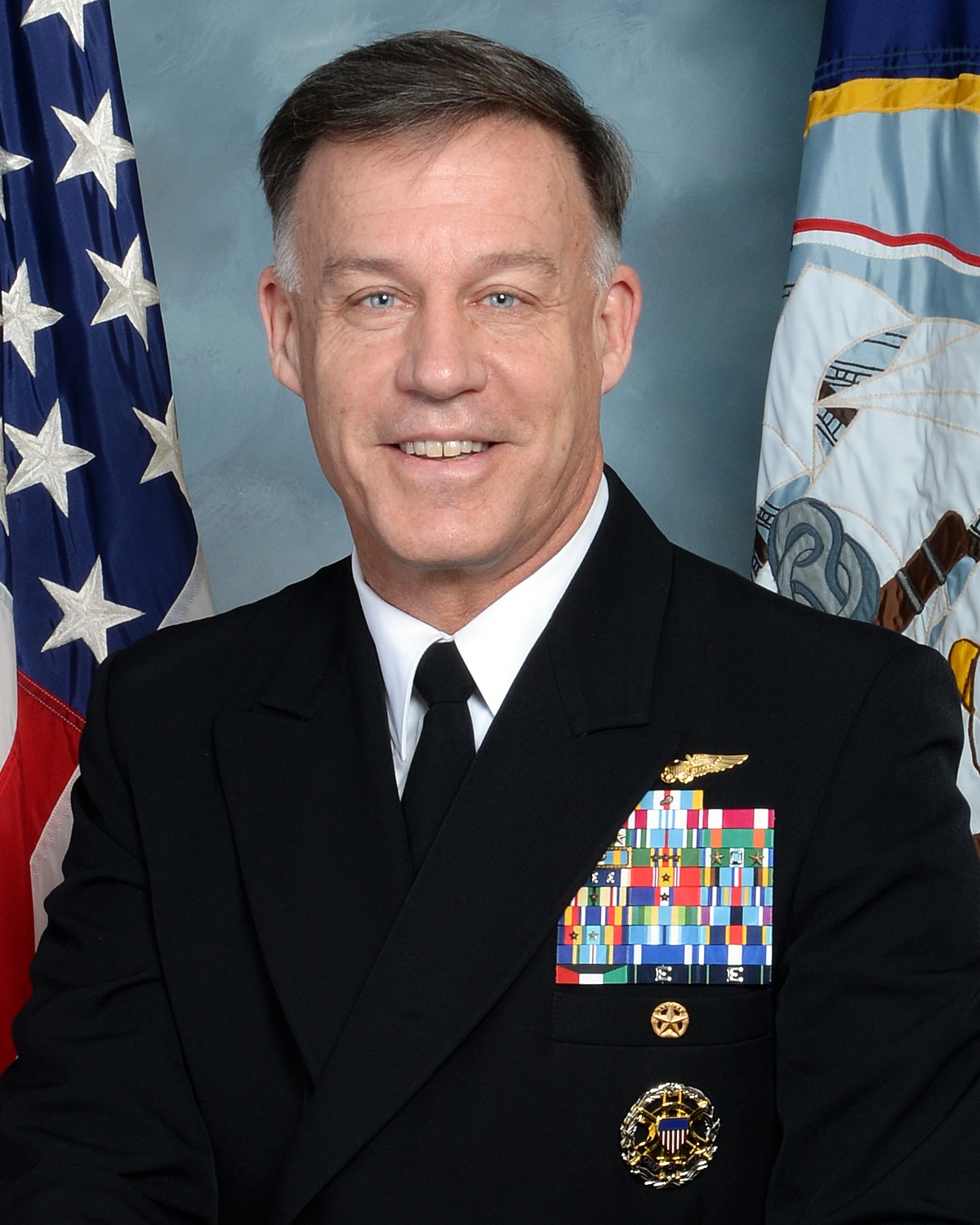 CAPT (Ret.) Lundquist: How is U.S. Fourth Fleet similar to the other numbered fleets? How is it different?

U.S. Naval Forces Southern Command/U.S. Fourth Fleet operates similarly to other fleets worldwide in that we send our naval assets to the region to engage with partners, conduct patrols, and deter threats; while also emphasizing key leader engagements, conducting a robust schedule of multinational maritime exercises and operations, and hosting maritime staff talks that form the trusted relationships required to deter and, if necessary, defeat transregional and transnational threat networks. In our role as the maritime component commander within a combatant command, the staff’s focus shifts to developing and sustaining partnerships in the region that form the foundation of the collective security environment in the Southern Command area of responsibility.

CAPT (Ret.) Lundquist: How would you characterize your operating environment?

RADM Buck: While our U.S. Army, Air Force, and Marine Corps counterparts play a vitally important role, this region is undoubtedly a maritime realm. Experts approximate that 85% of illegal narcotics are transported between Central and South America and the United States via the maritime domain. Additionally, 6% of global trade passes through the Panama Canal, defining it as a critical component of worldwide infrastructure with 340 million tons of cargo passing through the canal annually. Especially important to the United States, 30% of U.S. coast-to-coast trade travels via this shortcut between the Atlantic and Pacific coasts.

I’m responsible for the Caribbean, Central America, short of Mexico, and South America to the Antarctic. I look at that map right there on my wall and see a lot of water–29 of the 31 countries in my AOR have a coastline, so naval forces are especially relevant in this region as only two countries–Paraguay and Bolivia–are landlocked.

Fortunately, this region includes many countries with shared appreciation for the rule of law, democracy, and human rights, so remarkable opportunities exist for the development of existing relationships and the cultivation of new ones. The U.S. Navy and the navies of partner nations often assume a leading role in the forging of enduring relationships between governments. No matter the language spoken by the citizenry of the nation, as naval professionals our interests are often directly aligned and we can relate on a foundational level that breeds trust and mutual understanding.

CAPT (Ret.) Lundquist: What are some of your operational assets to address those challenges?

RADM Buck: I don’t have a lot of allocated forces as the Fourth Fleet commander. I have two direct reports. I have the commander of Destroyer Squadron 40, which has the command and control authority of ships in the AOR, using resources temporarily assigned to execute some of our mission sets. I also have the Cooperative Security Location Comalapa in the country of El Salvador, where we have operated with P-3 Orion maritime patrol aircraft, and now have the P-8 Poseidon MPA.

CAPT (Ret.) Lundquist: What unique roles does the U.S. fourth Fleet accomplish for U.S. Southern Command, and how do you work with the other elements (Army, Air Force, Marine Corps) of Southern Command?

This command is responsible for accomplishing the maritime portion of U.S. Southern Command’s comprehensive military and whole-of-government approach to leveraging strengths and mitigating challenges in the region.

“Synergetic” most accurately characterizes the interaction among the U.S. Navy and our partners because the combined effect exceeds that of the sum of our individual effects. By working together, we’re able to sharpen and enhance the capabilities of the individual services.

Exercise PANAMAX 2017, which occurred in mid-Aug., served as a relevant example of how we train and operate together. The annual exercise, which brings together the maritime, land, air, and special operations components within the U.S. Southern Command, along with 24 partner nations, focuses on ensuring the security of the Panama Canal.

CAPT (Ret.) Lundquist: What are your priorities?

The first two are closely linked. Regarding that first priority, transregional and transnational threat networks are now the principal threat to regional security and stability. These amorphous, trans-state, evolving networks thrive in the maritime domain where the sheer size of the operating space makes detection and interception extremely challenging. And they are unconstrained by legal and geographic boundaries, unimpeded by morality, and fueled by enormous profits. Their interests, influence, capabilities, and reach extend beyond the responsibilities of any one geographic or functional combatant command, undercutting our national interests in multiple domains and many regions. They prey on weak institutions and exploit the interconnected nature of our modern financial, transportation and communication systems and the seams in our organizational boundaries.

To keep pace with the evolution of threat networks, we do more than just stopping illicit commodities. We are adjusting our organization, processes and operations to better enable a friendly network of willing and able partners. Through capacity building activities and increased information sharing, we enable our partners to pressure threat networks along multiple fronts. By partnering with willing and able partners, we can extend the scope of our maritime domain awareness, while also attacking the threat networks on all fronts; and by partnering with law enforcement, we are facilitating communities of interest to improve our collective understanding of threat network capabilities.

We also focus on the planning and preparation for crisis and contingency response so that we are ready in the event of crisis. This not only builds trust and strengthens relationships among partner nations, but also provides a layer of protection and stability that commonly accompanies regionally destructive natural disasters. Additionally, our health and medical readiness engagements build the region’s capacity—the infrastructure, equipment, and above all, skilled-readied personnel–to prevent, detect, and respond to disease outbreaks and other global health threats.

CAPT (Ret.) Lundquist: How do you go about doing that?

RADM Buck: We have a longstanding humanitarian operation called Continuing Promise that trains U.S. personnel in cooperation with U.S. interagency, partner nations, and non-government organizations/private voluntary organizations to conduct civil-military operations and subject matter expert exchanges. Together we deliver medical, dental, nursing, and veterinarian assistance, as well as engineering support to countries in need. We want to help people in need while at the same time training our doctors, nurses, and dentists how to care for patients in remote expeditionary harsh environments. Our medical providers love the mission because they’re able to deal with challenges in the jungle environment like zika, malaria, chikungunya and dengue fever that they normally don’t get to work with back in the states. We need our Navy medicine team to practice expeditionary medicine, and train as they’re going to fight. We used to take advantage of the presence of one of our hospital ships like the USNS Comfort to do this mission. Today we rely on amphibious ships like USS Boxer, USS Kearsarge and USS Iwo Jima, or the expeditionary fast transport (EPF), such as USNS Spearhead. We used an EPF for the first time in Continuing Promise ’17. We manned it up with doctors, nurses, dentists and veterinarians, water makers, Seabees, and people that can help construct or repair school houses or hospitals. When there is a disaster, such as an earthquake or hurricane, we’re there for our neighbors, and we’ve also helped build their capacity to help themselves. Admiral Tidd wants to continue to deliver that goodwill downrange because we want to be known as the “partner of choice.”

CAPT (Ret.) Lundquist: What other engagements, operations and exercises does Fourth Fleet conduct to solidify our partnerships?

Operation MARTILLO (Spanish for ‘hammer’) targets illicit trafficking routes in coastal waters along the Central American isthmus, and is an international, interagency operation which includes the participation of 14 countries committed to a regional approach against transnational criminal organizations moving illicit cargo.

PANAMAX is an annual U.S. Southern Command-sponsored exercise series that focuses on ensuring the defense of the Panama Canal – one of the most strategically and economically crucial pieces of infrastructure in the world. We exercise a variety of responses to any request for assistance from the government of Panama to protect and guarantee safe passage of traffic through the Panama Canal, ensure its neutrality, and respect national sovereignty. PANAMAX is designed to execute stability operations under the auspices of United Nations Security Council Resolutions. The overall objective of this exercise is to increase interoperability among participating nations, which enables the assembled forces to organize and conduct combined operations in a multinational task force, and test its responsiveness.

UNITAS exercises are conducted annually in Atlantic and Pacific waters around South America. Each year countries from Central and South America, the Caribbean and the United States participate in UNITAS, the longest-running maritime exercise in the world. This exercise is designed to train each participating navy in a variety of maritime scenarios, with each operating as a component of a multinational force to provide the maximum opportunity to improve interoperability. It was hosted by Peru this year, with about 19 other nations participating. We had USS Chafee (DDG 90), USS Louisville (SSN 724), and USS Somerset (LSD 25) participating. I was embarked Chafee. It was a fabulous experience.

We went kinetic, and shot weapons off that ship eight days in a row. Then concluded it with an 850-marine amphibious landing with U.S. Marines and foreign partner marines on the northern coast of Peru. It’s been a terrific experience for us, because you don’t learn until you’re in the environment.

I should add that while RIMPAC is not a Fourth Fleet exercise, our navies do participate. In fact, a Chilean flag officer will be the Combined Forces Maritime Component Commander (CFMCC)—which is the Navy component to the Joint Task Force–for RIMPAC 2018.

CAPT (Ret.) Lundquist: How does C4F work with Coast Guard and other agencies and partner nations for maritime security?

RADM Buck: The threat networks and complex maritime environment that characterize the area of responsibility of U.S. Naval Forces Southern Command/U.S. Fourth Fleet demand that we work closely with partner nations, other services, and inter-agency partners. Overall coordination of counter-drug patrols and surveillance in the Eastern Pacific and Western Caribbean is performed by Joint Inter-Agency Task Force-South headquartered in Key West, Fl. Under the umbrella of Operation MARTILLO, U.S. Navy forces support the JIATF-South led operation in the Western Caribbean and Eastern Pacific through available air and surface assets to support the interdiction of illicit trafficking. When we do get U.S. Navy platforms, we’re not a law enforcement service. But when we put U.S. Coast Guard law enforcement detachments on U.S. Navy ships transiting or deployed to the region, it’s a very powerful combination. Most of the U.S. military presence afloat in this region is Coast Guard. I have a full common operational picture of every Coast Guard asset here – air, on the sea – and we work very closely with them. I can’t say enough about the Coast Guard. They’re really good at what they do. My Navy is white hulls with orange stripes.