JLTV: The Humvee’s Next Generation 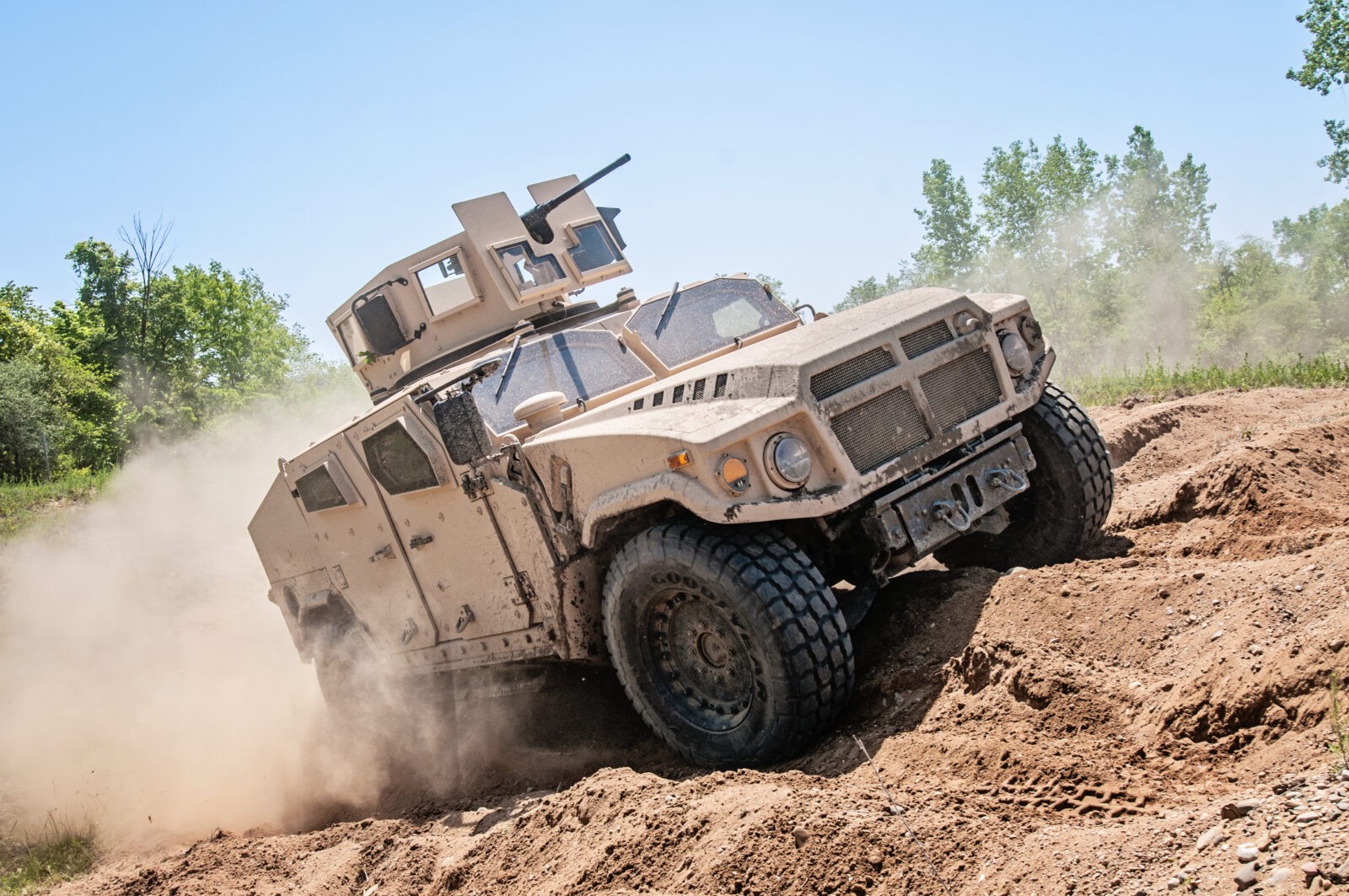 Replacing the Humvee for tomorrow’s soldiers

Replacing a legend is never easy, but the Joint Light Tactical Vehicle (JLTV) is on track to do just that. DoD’s long-awaited replacement for the Humvee, JLTV will come in two variants—two-seat utility and four-seat close combat weapons carrier—and balance the “Iron Triangle” of protection, performance, and payload. With Milestone C testing complete, the Army expects down select to full-rate production contract award sometime late this summer.

“We look forward to delivering a solution to our soldiers and Marines that meets expeditionary force challenges today and tomorrow with improvements in protection, reliability, and network connectivity without sacrificing payload, performance, and maneuverability,” he added.

The Army-led program, which Davis noted was on schedule and on budget, is poised to award a single contract in the fourth quarter of fiscal year 2015 covering eight years and procuring approximately 17,000 vehicles. The three competing companies—Lockheed Martin, AM General, and Oshkosh Defense—all submitted their proposals in February.

Relative to other programs of record, fielding the JLTV will be quick: The Marine Corps should see initial operation of the first of their 5,500 vehicles in FY 18, with fielding complete by FY 22. The Army will also receive their first vehicles in FY 18, but their procurement will last until 2040, according to Davis, replacing “a significant portion of the Army’s legacy light tactical vehicle fleet with 49,099 new vehicles.”

AM General’s Blast Resistant Vehicle–Offroad (BRV-O) exhibited outstanding performance during the testing process as it successfully completed and/or exceeded every milestone throughout the JLTV program’s recent Engineering and Manufacturing Development (EMD) phase where vehicles were subjected to extensive off-road and survivability testing.

The BRV-O’s modular design and architecture adapts and flexes to anticipate future requirements. It negotiates open terrain and maneuvers effectively in urban environments as easily as rugged cross-country, and its open-architecture C4ISR capability, organic to the vehicle and EMD-tested, connects the first tactical mile by providing every crewmember the situational awareness required in joint and coalition operations.

The BRV-O’s crew capsule and modular armor successfully completed, and in important respects exceeded, all requirements for force protection in blast tests. Operationally, if armor is damaged in future combat situations, its separate components can be readily replaced while remaining in the area of operation. This will dramatically improve readiness and further reduce the BRV-O’s already efficient and low life-cycle support cost profile.

“Our proposal delivers the best value and lowest risk for the JLTV program,” said AM General President and CEO Charlie Hall. “The BRV-O provides the most payload, protection, and performance capabilities to address current and future needs required by our Marines and soldiers.”

“We started this program from a blank sheet of paper and purposefully designed a vehicle to meet or exceed the specific program requirements, rather than taking an existing vehicle and trying to force-fit it into the requirements,” said Kathryn Hasse, JLTV program director, Lockheed Martin Missiles and Fire Control. “The result is a vehicle that precisely aligns to the customers’ stated protection and mobility needs.”

Equipped with the TAK-4i independent suspension system to provide superior off-road mobility, maneuverability, and ride quality at 70 percent faster speeds than comparable vehicle platforms in use today, the L-ATV uses a digitally-controlled engine to maintain steady, fuel-efficient power without sacrificing the acceleration and speed due to environmental conditions.

This article originally appeared in the March 2015 issue of Armor & Mobility magazine.

Photo courtesy of AM General.