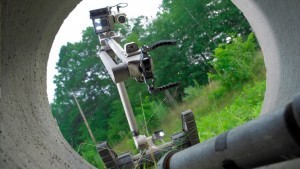 The FBI’s Hazardous Devices School (HDS) at Redstone Arsenal in Huntsville, AL, is America’s national academy for bomb technicians. Funded and managed by the FBI’s counter-improvised explosive device (IED) section, HDS is the only facility in the country that trains and certifies members of federal, state, and local bomb squads.

Each year, law enforcement officers from around the country learn about the latest tools, technologies, and techniques for identifying and neutralizing hazardous devices such as pipe bombs, package bombs, unexploded ordnance, and homemade explosives that may include hazardous materials (HazMat) such as toxic industrial chemicals.

Founded in 1971, HDS has instructed over 20,000 state and local responders while continuously evolving to meet new and emerging threats. In addition to explosive ordnance disposal (EOD), the HDS curriculum includes coursework such as identification and response strategies for suicide bombers, public safety responses to explosive devices with chemical, biological, radiological, and nuclear (CBRN) components, and the use of robots, or unmanned ground vehicles (UGVs). Students receive both classroom and practical instruction, and acceptance to the initial six-week training program comes only after rigorous background checks, personality assessments, and a security clearance.

Counter-IED training doesn’t end there, however. State and local bomb technicians who earn an HDS certification continue to advance their education. Every three years, graduates return to Huntsville for a week-long re-certification course. There are also periodic training opportunities across the country. Massachusetts State Police (MSP) Trooper Jeremy Cotton, a bomb technician and 2005 graduate of the program, told CST & CBRNE Source Book that, “There’s a whole level of training after your six weeks” at HDS about “how to be a bomb technician and not get hurt.” In the aftermath of the Boston Marathon Bombings, Cotton’s training and the MSP’s preparedness paid off.

The Boston Marathon Bombings of 15 April 2013 and the subsequent manhunt for Tamerlan and Dzhokhar Tsarnaev challenged law enforcement agencies such as the MSP in many different ways. What began as a mass-casualty incident and effort to secure the blast area became a post-blast investigation, search for live devices, and confrontation with active shooters. For Trooper Cotton, a member of the FBI-coordinated post-blast team, the homemade pressure-booker bombs that the Tsarnaev brothers detonated involved identifying evidence for use in a high-profile federal criminal investigation.

Dzhokhar Tsarnaev’s recent conviction and sentencing provide an important reminder of the value of such post-blast work. The scope of the bombings—three killed and 264 injured—was historic, but the Boston Marathon Bombings are hardly the only incidents that the MSP’s Hazardous Devices Unit has investigated. Many large cities and states have bomb technicians, but Massachusetts maintains what Cotton called “one of the busiest bomb squads in the country.” Although a majority of the state’s population lives in the Boston area, members of his full-time unit respond to as many as 1,500 calls per year across the state’s 364 cities and towns. Bomb techs are dispersed geographically, but work in teams and arrive on the scene within the hour.

Cotton explained that it’s not just the number of calls or the need to respond rapidly that’s a challenge. Rather, it’s the “diversity of categories,” with incidents ranging from unexploded ordnance washing up on a Martha’s Vineyard beach to the discovery of “clandestine large explosives labs” and pipe bombs. For local law enforcement officers who rarely encounter IEDs or respond to bomb-related incidents, the expertise provided by the MSP Hazardous Devices Unit is critical. At the same time, these bomb squad members benefit from the continuing education that the FBI provides regarding tools, technologies, and techniques.

Many first responders associate IEDs with the battlefields of Iraq and Afghanistan, but state and local bomb squads train for threats much closer to home. Explosive devices that contain WMD components such as chemical agents and radioactive materials present a serious threat, and are part of the reason why “e” is part of “CBRNE”. As Cotton told CST & CBRNE Source Book, state and local bomb squads also receive instruction about classes of pyrotechnic materials, ordnance firing systems, and the threat of vehicle-borne IEDs (VBIEDs). Ultimately, homemade IEDs of any type are of significant concern to law enforcement.

Cotton praises the work of the FBI and the Bureau of Alcohol, Tobacco, Firearms, and Explosives (ATFE) at registering and tagging commercial-grade explosives. With a basic knowledge of chemistry and the easy availability of the Internet, however, criminals and terrorists can use other commercially available materials such as toxic industrial chemicals to build explosive devices that can harm persons and render property unusable. In the case of the Boston Marathon Bombings, for example, the Tsarnaev brothers studied “How to Build a Bomb in the Kitchen of Your Mom,” an article from Inspire, al Qaeda’s English-language magazine.

Some homemade devices may seem unsophisticated, but their design and construction can test bomb technicians in different ways. As Cotton explains, commercial-grade fireworks are “a big problem with bomb techs” because it’s easy to minimize the risks with something associated with the Fourth of July. Mechanical and scientific aptitude, problem solving skills, teamwork, and the ability to handle intensely stressful situations, however, won’t help a bomb squad that fails to follow proper protocols. There’s no substitute for vigilance and expertise, but technologies such as robots have strengthened counter-IED and EOD efforts.

“Robots are a huge part” of the law enforcement response, Cotton says. By increasing the standoff distance between potential VBIEDs and police personnel, robots help to reduce risk. UGVs can also report data and deliver predictive intelligence from low-light or potentially hazardous environments, even in confined spaces where human responders could become claustrophobic. Cameras, two-way audio, and integrated tools and sensors also support police surveillance. Each tactical robot can support disruptors with secure firing circuits, or can deliver charges to neutralize the risk.

During the response to the Boston Marathon Bombing, two robot manufacturers with Massachusetts connections supplied critical technologies to law enforcement. Today, iRobot and QinetiQ continue to innovate while the IED threat continues. Memorial Day 2015 provided one such reminder, when Capital Police discovered a pressure cooker inside a parked vehicle near the National Mall, and a hazardous devices unit was dispatched to neutralize the suspicious item.

iRobot Corporation is a leading manufacturer of tactical robots for police bomb squads. (Before Dzhokhar Tsarnaev was apprehended in Watertown, MA, one of the company’s UGVs was used to inspect a car that had been driven by the younger Tsarnaev.) Founded in 1990 and headquartered in Beford, MA, iRobot now works with the website PoliceGrantsHelp.com to help state and local law enforcement agencies develop successful grant applications for its suite of products.

iRobot’s smallest UGV is the 110 FirstLook, a five-pound throwable device that provides immediate situational awareness and performs persistent observation. With its rugged design and compact footprint, the 110 FirstLook is well-suited for confined spaces where a bomb may be hidden. Another iRobot product, the 310 SUGV, is also designed for mobile applications. Equipped with wide-angle color, infrared, and zoom cameras, this tactical robot is battery-powered and can stay on-task for up to four hours. The machine’s manipulator has a 24-inch extension and can lift up to 15 pounds from close in.

The 510 PackBot from iRobot is a multi-mission device that can reach speeds of 5.8 mph and overcome stairs, obstacles, and debris. This robot’s best-known use was during the manhunt for Dzhokar Tsarnaev in Watertown, but the UGV can be equipped with modular CBRNE sensors to meet a mission’s needs. Sensors are supplied individually, and include products from companies such as Smith’s Detection, RAE Systems, FLIR, Canberra, Draeger, and Thermo Scientific.

Like the PackBot, iRobot’s 710 Kobra also supports counter-VBIED operations. Deployable from the back of a police SUV, the Kobra can reach speeds of 8 mph while carrying 150-pound payloads. Using integrated third-party tools, the robot can also open vehicle doors, break windows, cut through seat-belts, and shine a light inside darkened vehicles. Multiple camera views and high image resolution provide police personnel with closer looks for improved situation awareness. Kobra also offers accessories that support integration with multiple types of disruptors. During counter-IED and EOD missions, bomb squads can set up as many as four disruptors at once.

“TALON robots assisted MSP in searching for the Boston Marathon Bomber,” said Julie Collura, Marketing and Communications Manager for QinetiQ North America, in an interview with CST & CBRNE Source Book. “Since then,” she added, “TALONs have been providing protection and security to the Boston Marathon at the finish line and along the running route.” In addition to counter-IED and EOD operations, Collura continued, TALON robots are used in CBRNE and HazMat operations. QinetiQ UGVs support integration with detection instruments from companies such as Smith’s Detection, RAE Systems, Canberra, FLIR, Raytek, Thermo Scientific, and Golden Engineering.

The TALON line includes fast, rugged UGVs that were used at Ground Zero in New York after 9/11 and on the battlefields of Afghanistan and Iraq, where TALON robots have survived bridge falls and a bomb blast that destroyed a building. QinetiQ North America’s latest model, the TALON V, offers a variety of camera options, including high-definition and dual-purpose thermal/daytime zoom cameras. The UGV’s heavy-lift, multiple degree-of-freedom manipulator can be used to open the doors on trunks and vehicles, making it a valuable addition to counter-VBIED operations. Additional Talon V features include improved grip force, new pan/zoom/tilt options, and a tool-less track tensioner

For state and local bomb squads, the TALON SWAT/MP model provides strong support for EOD operations. With an extended reach capacity of seven feet, this UGV features a two-way hailer that enables two-way audio transmissions at distances of more than 2,600 feet. In addition to night vision and thermal cameras, the TALON SWAT/MP can be equipped with weapons for lethal or less-than-lethal responses. Digital radio systems support enhanced reception even in cluttered environments, an important feature in urban settings where interference can disrupt operations.

Bomb squads like the MSP’s Hazardous Devices Unit face new and emerging threats, but these highly trained professionals have the tools, technologies, and training to counter them. Hands-on training from the FBI’s Hazardous Devices School is instrumental, not just in terms of understanding threats and protocols, but in using tactical robots under realistic conditions. By continuing to deliver cutting-edge technologies for counter-IED operations, including missions with a CBRNE component, companies like iRobot and QinetiQ are making a difference not just in Massachusetts, but across the entire homeland.