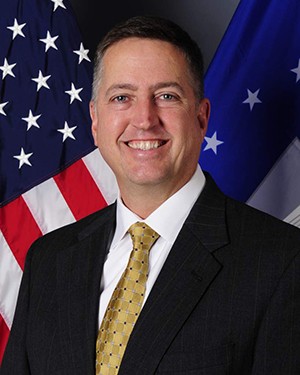 Special Operations Forces Acquisition, Technology and Logistics (SOF AT&L), a part of U.S. Special Operations Command (USSOCOM), ensures SOF have special operations-peculiar equipment and services required for them to complete missions across the globe. SOF AT&L consists of eight program executive offices (PEOs) and four directorates. The PEOs are C4, Fixed Wing, Maritime, Rotary Wing, Services, SOF Support Activity, Special Reconnaissance, Surveillance and Exploitation and SOF Warrior. The Directorates are Acquisition Comptroller, Logistics, Procurement and Science and Technology. The portfolios span everything from satellites to submersibles and bullets to bytes. Because of this diversity, SOF AT&L teams with a wide range of industry, government agencies and academic partners to advance and field SOF capability.

SOF AT&L is manned by military and civilians from all four military Services. While SOF AT&L is co-located with USSOCOM headquarters at MacDill Air Force Base in Tampa, Florida, these SOF acquisition professionals are located around the country in numerous centers of excellence on bases and posts such as Fort Eustis, Wright Patterson Air Force Base, Naval Surface Warfare Center Crane, the Navy Yard, Fort Belvoir and Natick.

SOF AT&L is uniquely organized to provide full-life cycle management of SO-peculiar equipment by seamlessly developing technologies within the Science and Technology Directorate, to producing and fielding that technology through the PEOs, and finally to sustainment and eventual divestiture through our Logistics Directorate. In order to provide this support, USSOCOM executes roughly $7 billion per year through SOF AT&L; evenly distributed between equipment and services. Ultimately, SOF AT&L’s efforts are directed by the USSOCOM commander and informed by our operators to ensure rapid and focused support to SOF.

By exercising the senior services manager’s acquisition responsibilities for governance in planning, execution, strategic sourcing, category management and management of service contracts, PEO Services collects, analyzes, addresses and reports on all data required to provide visibility of services contracts and resource execution to the USSOCOM commander and acquisition executive, the Office of the Secretary of Defense and, ultimately, to Congress as required under public law.

PEO SOF Warrior leads an organization of 10 joint program management offices with more than 200 military, civilian and contractor personnel. By cultivating an aggressive, risk-taking culture amongst acquisition, financial, and contracting personnel, the team executed $1.8 billion deemed critical to the development, management and worldwide fielding of SOF-peculiar equipment in support of USSOCOM components. This team provides lethality, survivability and air, ground, and sea mobility overmatch in all environments.

SOF Warrior organized a rapid response team to address rapid deployment of current systems that could be modified to counter small, unmanned aerial systems. Working in a tight-knit, collaborative environment, a dozen capabilities were brought to bear quickly, with longer term, and better solution sets being investigated for further development.
The PEO SOF Warrior team continues to ensure SOF have the technology and equipment to prosecute the fight – anytime, anywhere, both now and into the future.

JATF TALOS is scheduled to deliver a first-article prototype combat suit in 2019 that demonstrates the ability to augment human performance in a close-quarters battle with the critical path being the Exoskeleton subsystem. The Exoskeleton structure is the most difficult component of the Mark 5 prototype and is highly dependent upon the designs of the other hardware components; system-wide dependencies are complex and extensive.

The other TALOS subsystems, encompassing base layer, visual augmentation systems – operator interface, helmet, armor, power and communications, continue to be refined in support of the Exoskeleton subsystem development.

Future variants of TALOS will build upon the technology and lessons learned from the Mark-5 prototype, enabling operation beyond standard human capability in the most extreme future direct-action mission profiles.

In addition, the MC-130J is integrating the airborne mission networking system. This system provides the aircrew and mission personnel onboard with the ability to rapidly and effectively transmit mission-critical data to and from a variety of tactical and operational nodes. Lastly, the MC-130J is integrating a SOF-common, terrain following and terrain avoidance radar that would enable the aircrew to conduct clandestine, air refueling, air-drop, insertion, extraction and resupply missions under adverse and hostile conditions. The CV-22 is being updated with this radar, as well as, a color helmet-mounted display and specialized automated mission suite-enhanced situational aware.

PEO fixed wing supports the high-energy laser demonstration as well as advanced technology sensors, defensive countermeasures, advanced avionics, and mission training systems. The high-energy laser is to be integrated onto the AC-130 platform. This weapon demonstrates a precision, scalable, low-kinetic weapon with the integration of “best-in-breed” subsystems.

Collectively, the teams have significantly advanced SOF capabilities by supplying them with the most up-to-date, reliable and safe programs. These programs allow the operator to better complete their mission.

The dry-deck shelter hosts the SEAL Delivery Vehicle (SDV) and is undergoing extensive modernization. In particular, we are enhancing operator interfaces and the ability to carry additional payloads.

The Shallow-Water Combat Submersible (SWCS) is in production and is the replacement for the SDV. Both are wet submersibles that require operators to be exposed to the environment and on underwater breathing gear while conducting operations.

Joining the undersea fleet is the Dry-Combat Submersible (DCS), also in production, closing a 10-year capability gap and enabling increased range and payload, and protecting the operators from the environment within a pressure vessel. To prepare Naval Special Warfare for the delivery of SWCS and DCS, both programs have delivered platforms currently utilized for training, programmatic risk mitigation and technology insertion.

Over the last few years, the surface fleet has undergone an extensive recapitalization effort consisting of the Combatant Craft Assault (CCA), Combatant Craft Medium (CCM), and the Combatant Craft Heavy (CCH) mobility platforms along with enhanced mission-equipment technology that augments capabilities. The production of CCA continues with the addition of a low-velocity, air-drop capability while the CCM is in full-rate production. The CCH maintains a forward-deployed presence on a rotational basis, with one craft in production.

The SOF combat diving program rounds out the maritime portfolio and is developing new equipment focused on diver communications, navigation, mobility, and environmental protection; each piece of gear is integrated with our platforms and delivers cutting-edge technology to our operators, not only enhancing the diver’s ability to conduct their mission but also expanding their mission set.

Special Reconnaissance, Surveillance and Exploitation (SRSE) PEO SRSE is responsible for the acquisition, development, fielding, sustainment, and upgrading of state-of-the-art technical collection and exploitation capabilities for SOF. Current and projected threats to our national security continue to evolve in response to the increased technological sophistication and effectiveness of our fielded capabilities. PEO-SRSE’s acquisition, development, and improvement strategies have evolved into innovative contracting approaches, robust systems engineering, evolutionary technology insertions, and a prudent balance of cost, schedule and performance requirements.

S&T developed a fiscal year 2019 virtual symposium that outlines our current six SOF challenge areas. The intent of the SOCOM S&T Virtual Symposium is to communicate the critical needs of the SOF warfighter in the next five to seven years, based on an assessment of what the future operating environment will look like, how it will constrain the mission, and what development needs to occur in order to obtain an asymmetric advantage.

USSOCOM S&T continues being adaptive, agile and positioned to meet technology demands across the SOF enterprise. We are staged to not only maintain awareness of ongoing efforts and needs of the warfighter in the near-term, but also those of future missions. The S&T futures process integrates the effect of changing strategic conditions, varying mission objectives, changing environments and rapidly changing technology.

S&T’s ultimate goal is to empower the operator by delivering integrated information and technology to enable decisions and actions at the point and time of need resulting in mission success.

The SOF AT&L Acquisition Agility Directorate mission is to create the networks, venues, and tools to support warfighters, acquisition program managers and the USSOCOM enterprise through SOFWERX, a collaborative partnership intermediary agreement between USSOCOM and the Doolittle Institute.

A significant focus area for SOFWERX this year has been the continuing ThunderDrone efforts, under a partnership between USSOCOM and the DoD Strategic Capabilities Office. Rapid prototyping events composed of technical expositions, demonstrations and experiments, to showcase both offensive small unmanned autonomous systems and counter-SUAS technologies have been conducted at SOFWERX in Tampa, Fla. and an outdoor range at Fort Bragg, N.C. The ThunderDrone events will culminate this year with a final rodeo that will be conducted at Nellis Air Force Base, Nevada in June.

The SOFWERX model has proven to be a useful tool to advance solutions to some of SOF and the military’s toughest challenges. This year SOFWERX has worked in concert with the SOF enterprise on projects such as basic concepts and designs for precision engagement on combatant craft and partnering with other government agencies to develop platforms to explore open source data and methodologies and rapid prototyping of high altitude oxygen masks for canine activities.

SOFWERX events assist USSOCOM prior to making investment decisions through the iterative capability development model that is used in industry and what the DoD is aiming to scale in the acquisition community.