Establishing a Foundation for Army Modernization 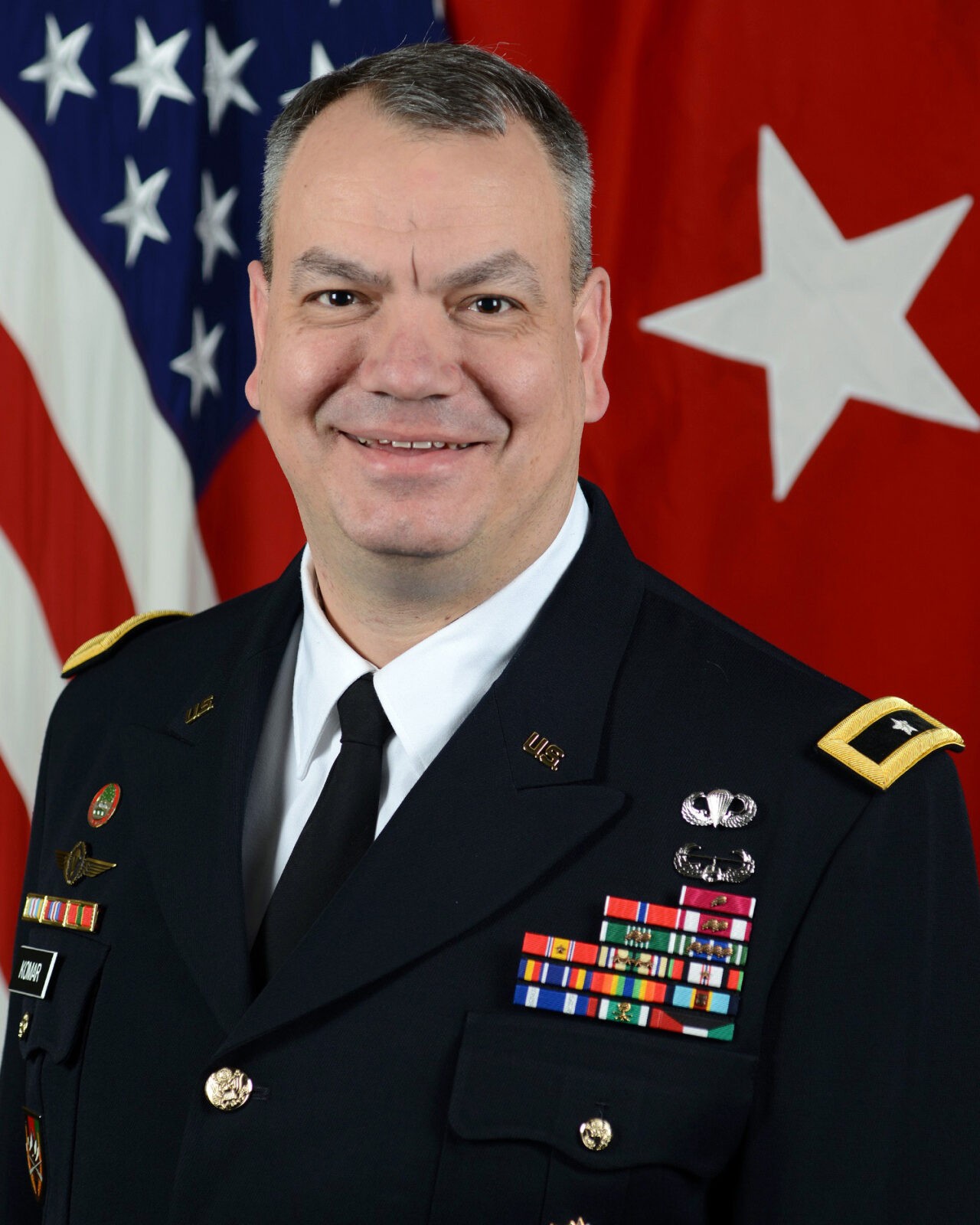 BG Komar: From concept to capability, we design, develop, and integrate Army forces into the Joint warfighting environment. ARCIC works across the Army, the joint forces, and other agencies to ensure the Army is prepared to fight, win, and accomplish the mission. We ensure our soldiers and units maintain overmatch against any opponent across the range of military operations. Our team uses the Think-Learn-Analyze-Implement construct to work through the concept to capability process. First, we think clearly about future armed conflict and develop a sound conceptual foundation for Army modernization. Then, we learn about future armed conflict in a focused, sustained and collaborative manner to identify capability gaps and opportunities to achieve overmatch. We then analyze what we learn to prioritize solutions and ensure that our Army has the capability and capacity to accomplish future missions. Finally, we support Army efforts to implement solutions to increase the rate of innovation and maintain our differential advantage over capable and determined enemies. Capabilities Developments Directorate, or CDD, conducts analysis and integration of capabilities requirements to drive Army future force development.

A&M: With regard to Army modernization, what are some key focus areas for ARCIC?

BG Komar: U.S. supremacy is increasingly contested in the land, air, maritime, space and cyberspace domains. While the U.S. was engaged in counterinsurgency operations for the last 15 years, potential adversaries have modernized and studied how we fight, and seek to threaten our critical capabilities through multiple domains. Studies describe an increasingly complex future environment in which the U.S. is contested in all domains, faced with increased lethality across the battlespace, and challenged to gain access by enemy anti-access and aerial denial, or A2/AD capabilities.

To be ready for the next war, the U.S. Army and the other services must effectively innovate and adapt concepts, equipment, and training. The future battlefield will be one where integration into joint and multinational forces is a prerequisite for victory. Multi-Domain Battle, or MDB, is an emerging concept that we believe is key to getting the U.S. military postured for that fight.

MDB describes what the Army must be able to do to overcome the challenges defined in the Army Operating Concept. This concept describes how U.S. ground forces, as part of joint and multinational teams, deter adversaries and defeat highly capable peer enemies in the 2025-2040 timeframe. MDB is a joint combined arms concept for the 21st century and includes capabilities of the physical domains and places greater emphasis on space, cyberspace as well as other contested areas such as the electromagnetic spectrum, the information environment and the cognitive dimension of warfare. Critical components of MDB– creating windows of advantage, restoring capability balance and building resilient formations – require a combination of organizational improvements, ground force modernization, and a commitment to total force solutions.

A&M: How is ARCIC developing the capabilities the Army needs in a Multi-Domain environment?

BG Komar: Through the Think-Learn-Analyze-Implement methodology, the Army assessed current and future threats, identified capabilities required for Multi-Domain Battle, and established priorities which will be codified in a soon to be published Future Force Development Strategy. These priorities are being referred to as the “Big 6 +1” or “OVRMACX”. OVRMACX highlights the most important, but by no means the only, steps that the Army must take to prepare for the future. These include: Overmatch in Soldier and Team Performance, Future Vertical Lift, Robotic and Autonomous Systems, Mission Command, Cyber, and EW Capabilities, Advanced Protection, Combat Vehicles, and Cross-Domain Fires.

A&M: How is ARCIC partnering with other organizations to better facilitate concepts to fielding outcomes?

BG Komar: One example of this is our current work effort to develop a Demand Reduction Strategy, or DRS, focused on reducing vulnerabilities inherent in deployment and sustainment activities. This effort supports resiliency of U.S. forces by enabling units to operate separated for a period of time from traditional control and support measures, either through a commander’s intent or as a result of an adversary’s actions. Our team is partnering with Army Materiel Command, Headquarters Department of the Army, industry and academia to develop a strategy that describes the ends, ways, and means to achieve more effective and affordable capabilities for the Army.

The DRS encourages innovation through new or significantly improved products, processes, organizational methods, and internal practices. Key areas of interest include: 1) Improving effectiveness and efficiencies to create units that need less fuel, energy, water, and other supplies; 2) Meeting demand at the point of need through additive manufacturing, simplified maintenance (such as line replaceable units) to allow repairs forward; 3) Using robotics and autonomy to include using unmanned ground and aerial resupply systems; and 4) Improving situational awareness with development of an automated fuel management system, condition based maintenance plus, and automated sustainment tools that are capable of performing predictive analysis to allow supplies to be pushed forward to units at the right time and to the right location. Sustainment information systems must also be interoperable with mission command systems to have a robust common operating picture.

We rely heavily on industry to fill capability gaps and enhance current capabilities as threats evolve. ARCIC routinely hosts the Capabilities Information Exchange, or CIE, to conduct market research to enhance war-fighting concepts and engage in early communication with industry on the Army’s future needs. This early engagement allows industry to better focus their independent research and development investments on efforts that best address the needs of the war fighter.

A&M: Moving forward, what are your top priorities and challenges?

BG Komar: Implementing the Robotic and Autonomous Systems, or RAS, Strategy to meet the near-term capability objective of increasing situational awareness and lightening a soldiers’ physical load; specifically Tactical Wheeled Vehicle Leader-Follower Systems and Squad Multipurpose Equipment Transport are near the top of our list of priorities. The Army must pursue RAS capabilities with urgency because adversaries are developing and employing a broad range of advanced RAS technologies, as well as employing new tactics to disrupt U.S. military strengths and exploit perceived weaknesses. RAS are increasingly important to ensuring freedom of maneuver and mission accomplishment with the least possible risk to soldiers.

Pursuing RAS solutions allows the Army to improve the combat effectiveness of the future force and emphasizes human-machine collaboration within those Army formations. Integrated human-machine teams will allow forces to learn, adapt, fight and win under uncertain situations. RAS-enabled teams give leaders time and space to make decisions that achieve tactical and operational gains.

The integration of RAS will help future Army forces, operating as part of joint teams, to defeat enemy organizations, control terrain, secure populations and consolidate gains. RAS capabilities will also allow future Army forces to conduct operations consistent with the concept of Multi-Domain Battle: projecting power outward from land into air, maritime, space and cyberspace domains to preserve joint force freedom of movement and action. Executing this strategy will require Army leaders to think clearly about how to integrate RAS into operations; learn through rigorous experimentation; analyze what we learn to focus and prioritize efforts; and implement RAS-enabled concepts across doctrine, organization, training, materiel, leadership and education, personnel, facilities and policy.