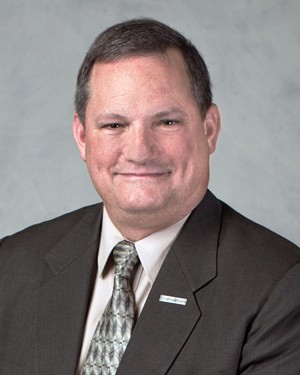 CST/CBRNE had the opportunity to speak with BG William King (U.S. Army Retired), Senior Fellow and Executive Advisor, Booz Allen Hamilton, Inc, regarding his thoughts on challenges in bolstering the nation’s countering weapons of mass destruction (CWMD) policies and threat trends likely to shape the country’s approach to national defense.

CST/CBRNE: What have you been up to since retiring from the Army in 2017?

BG King: It has been a very busy two years, but my work with Booz Allen Hamilton has kept me in the CWMD mission space and contributing to the effort to better prepare and respond. As a Senior Fellow, I have served as the Thought Leader and Forum Chairman for several U.S. and Allies conferences where I have attempted to drive the efforts to not just admire the challenges with CWMD but to proactively discuss and take measures to better plan, prepare, and respond. Most importantly, I have been preaching the critical need for a Teamed or Network of Networks approach to dealing with those challenges.

CST/CBRNE: Is WMD still seen as great a threat to U.S. National Security today as it was when you were serving on Active Duty?

BG King: Yes and the nature of the specific threat aspects continue to evolve. Besides the several newly released National Strategies addressing various aspects of CWMD (Nuclear Posture Review and its Implementation Plan, Biological Defense, Counter Terrorism Use of WMD, Health Security) as well as the call outs within the National Security Strategy, National Defense Strategy, National Military Strategy, yes there is still grave concern about these WMD threats. Further in just the last two years, we have seen numerous incidents of WMD use and public awareness of interdictions of violent extremists’ attempts to develop WMD weapons. The threat of WMD use truly is not a matter of “if it will be used” but now a matter of “when, where else, and to what extent will it be used”. I recently Chaired a National Defense Industry Association forum where for the first time in recorded memory, we started the conference with a discussion of the threat highlighting the North Korean use in Malaysia of Nerve Agent to publicly assassinate an opponent and remind all within the region of their capability and blatant willingness to use it. We discussed Syria’s use of nerve and blister agents against its own people to put down unrest and concerns of civil resistance, Russia’s attributed use of the formerly highly classified Novichok nerve agent to assassinate a defector and his daughter in Salisbury and Ansbury, England. Finally, the numerous interdictions, now publicly known and reported upon by International Media, of terrorist and violent extremists groups attempting to make Ricin and Anthrax. Equally concerning are the growing threat of fentanyls and other similar pharmaceutical based agents being used as true traditional weapons, as well as advances in synthetic biology and additive manufacturing, and the potential use of those techniques to enable greater access and better engineered WMD agents.

CST/CBRNE: What do you see as the greatest CWMD Challenge today?

BG King: I still see the greatest challenge is firstly, acceptance that the traditional prohibitions on use of WMD due to International treaties and public and diplomatic condemnations that would result are no longer valid. In fact, given the last two years of usage, I would offer that we will see greater use and unfortunately mass casualties and global level terror of its use. Secondly, the greatest limitation in our ability to prepare and respond is self-imposed lack of situational awareness and unity of efforts across the U.S. Federal Government and amongst our allies and partners. Finally, a lack of proactive means to control access and nefarious use of synthetic biology and additive manufacturing that could result in domestic development of WMD agents that could defeat our current means to detect, protect, and mitigate these threats.

CST/CBRNE: How has SOCOM changed the mission space since it assumed the COCOM Lead as the Integrator/Synchronizer of U.S. DoD CWMD Efforts in January 2017?

BG King: SOCOM has taken a very proactive and demanding approach to the mission. SOCOM is able to push across the joint force, because of its role and responsibility as a functional combatant commander – it looks across the breadth of the joint force and can drive a coordinated strategy to addressing this mission, just as they did with counter terrorism.  SOCOM’s expertise and success in counter terrorism was due to an ability to take a highly complex, geographically dispersed and overlapping threats and instantiate a networked, coordinated, interagency approach to mitigating that threat.  This enabled the USG to move from reactionary to anticipatory – which is what we need today for counter wmd.  The other point of emphasis is that SOCOM is able to leverage a set of partnerships and relationships that span regions, providing force multiplier to geographic combatant commands with regional expertise.

Just as they have done with Counter Terrorism, they have demanded elements across DoD to not just analyze the problems and challenges associated with this mission, but offer immediate solutions with what can be done today and tomorrow about those challenges even if the proposed action(s) do not completely resolve the challenges. The challenges associated with CWMD preparedness and response have often been described as massive and unmanageable, so SOCOM has begun by taking a bite(s) out of the problem to bring it into a more manageable problem set. Its CWMD Coordination Conferences have become more effective synchronization efforts, as they are deliberately bringing representation from across the 19 Federal Agencies, Departments, and Organizations that have a U.S. Code responsibility together. Much more is required, but SOCOM is on the right path to get there.

CST/CBRNE: What actions would you recommend to SOCOM today to better prepare and what else is required?

BG King: The sheer scale and relative complexity of the WMD threat; the support needed to sustain a “unity of effort” approach to the mission; and the extreme stakes intrinsic to CWMD that demand zero tolerance for failure, all require a more deliberate approach to the intelligence and coordination needed to keep the command and its mission partners on the front foot. Furthermore, these coordination challenges extend not only to USSOCOM’s many mission partners, but also to the fundamental Federal and International components of the CWMD mission itself — people, policies, operations, management and technology. They each need to be optimally integrated to deliver assured mission success, even as the threat intensifies. I am convinced that until we have a National CWMD “Czar” and/or a designated Lead Federal Agency that is empowered to take lead and, just as importantly, be held accountable, we will continue to struggle with this mission and will only react in time of crisis and, unfortunately, accept great loss of life and capital.