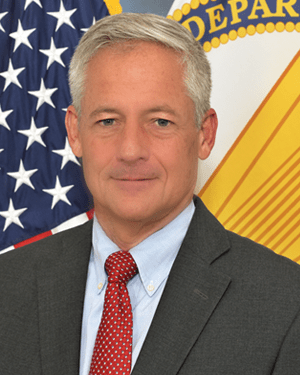 A&M: From a modernization for future relevance strategic standpoint, what are some vertical lift PEO-RW priorities?

Mr. Downer: Program Executive Officer-Rotary Wing (PEO-RW) has received new aircraft from the Army or has procured new airframes for the 160th Special Operations Aviation Regiment’s (SOAR’s) AH/MH-6, MH-60M, and MH-47G aircraft through new aircraft buys or recapitalization efforts. These efforts will reset the basic airframes’ lives, which will extend the aircraft operations for more than 20 years until the Army’s Future Attack Reconnaissance Aircraft (FARA) and Future Long Range Assault Aircraft (FLRAA) aircraft are delivered to Special Operations Forces (SOF). With new airframes, PEO-RW’s emphasis will be in aircraft performance enhancements and incorporation of advanced mission equipment packages (MEPs) to meet emerging mission requirements and developing plans for the next generation of vertical lift platforms.

PEO-RW will continue to investigate advanced and emerging technologies to provide the operator with the most advanced technology to perform their mission. Enhancements to the aircraft will provide the operator the ability to communicate, navigate, and aviate in all permissive and non-permissive environments. Examples include the Degraded Visual Environment Pilotage System, Common Avionics Architecture System cockpits upgrades, next generation tactical communications and improved multispectral sensors. We are starting to investigate data fusion to utilize the sensors on the aircraft and stitch information together to provide the operator a better picture with reduced system weight. With our required operational mission requirements and the constant growth of threats to rotary-wing aircraft, SOF will continue to look at improving aircraft survivability across the frequency spectrum. PEO-RW will continue to monitor other service efforts and continue to develop advanced active and passive survivability equipment in those areas where technology does not exist to provide the 160th SOAR the capability to operate in high-threat environments.

Lastly, PEO-RW is looking towards the future, developing initial plans to incorporate SOF-unique requirements into the Army’s FARA and FLRAA programs to replace the 160th SOAR’s AH/MH-6 and MH-60M aircraft. Additionally, the PEO-RW is also monitoring the work that the Army Future Vertical Lift Cross Functional Team is conducting with unmanned aerial systems and air launched effects. These aircraft will bring significant enhancements to SOF rotary-wing operations through improved speed, agility, lethality and open architecture systems as the DoD and SOF focuses on near peer adversaries. The Technology Application Program Office has entered into contracts with the vendors developing the FARA and FLRAA aircraft to conduct design studies for SOF additional requirements of aerial refueling, troop transport, air transportability, and the incorporation of SOF unique MEPs. These studies will form the basis of the modifications that SOF will perform when they receive the aircraft in the early 2030s.

A&M: What are some completed and coming enhancements to the light assault/attack A/MH-6 Little Bird?

Mr. Downer: The mission-enhanced Little Bird is a versatile platform that can be configured rapidly into an attack or assault (troop carry) configuration. The platform has a long history with the 160th Special Operations Aviation Regiment (SOAR). The current Block 2.2 airframes have reached the end of their service lives with aging cockpits and limited capabilities for operating in high or hot conditions. The Block 3.0 aircraft will provide significant enhancements over the current Block 2.2 aircraft, providing greater performance, added survivability, and better situational awareness to the operator.

Specifically, the Block 3.0 aircraft consist of a newly built, machined airframe that will extend the usable life of the fleet and expand the performance envelope of the system. The new airframes will be equipped with a performance kit that consists of a new higher performance rotor system with advanced airfoils and longer blades, a longer tail boom, and improvement to the tail rotor system. The Block 3.0 also has an advanced Aviation Management System (AMS) cockpit that has common functionality with the MH-60 and MH-47 Common Avionics Architecture System cockpits at a reduced weight. Both the Block 3.0 airframe and AMS cockpit have recently completed flight testing as Block 3.0 production has recently started.

A&M: What are some completed/coming enhancements to the medium assault MH-60M Blackhawk?

Mr. Downer: The MH-60M program provides the 160th Special Operations Aviation Regiment medium lift assault and attack capabilities through Special Operations Forces (SOF)unique modifications to the Army’s UH-60M aircraft. The program is currently in the Block 1 modification phase which focuses on upgrades to improve aircraft performance, situational awareness, lethality, survivability, and sustainability. The specific modifications made to the MH-60M aircraft during the Block I program consist of the addition of the Common Avionics Architecture System cockpit which is common with the MH-47G, addition of an aerial refueling probe to extend the operational ranges, incorporation of a wide range of SOF-unique mission equipment packages, and the addition of the General Electric YT706 engine.

PEO-RW is developing future plans for the MH-60M Block 2 modifications with emphasis on payload restoration and aircraft performance enhancement. The predominant modification will be the incorporation of the Army’s new improved turbine engine, which will increase the engine horsepower from 2600 hp to 3000 hp. The Block 2 configuration will also incorporate several weight reduction initiatives to remove nearly 500 pounds from the aircraft to restore aircraft combat load capability, add persistent communications, and continue efforts to enhance the aircraft’s capabilities.

A&M: What are some completed/coming enhancements to the heavy assault MH-47G Chinook?

Mr. Downer: The MH-47G Block II is the next variant of the 160th Special Operations Aviation Regiment (SOAR) heavy assault rotary-wing platform. The program has recently started the Block II modification phase and delivered the first two production aircraft in the past several months. The primary focus of the Block II effort is to replace the current fleet of aircraft with new machined airframes that will extend the life of the aircraft and have additional structural provisions to accommodate any potential future engine growth. The MH-47G Block II was designed to be common with the regular Army CH-47F Block II in order to increase the number of Army common components. The MH-47G Block II program also incorporates several weight reduction initiatives that restore nearly 500 pounds of payload capacity to warfighters. Examples of the weight reduction initiatives are under floor armor, a lighter-weight fuel pod that includes material design improvements for durability and reduced production cost, and wiring changes.

In addition to these modifications, the Active Parallel Actuator System (APAS) will be an upgrade to the current flight control system whereby the pilot will be provided tactile cueing generated from the aircraft systems and sensors. The system will reduce pilot workload and increase situational awareness, allowing the aircrew to increase their focus on the mission and conditions external to the aircraft. A tactile cue is a change in the normal feel and movement of the aircraft controls that alerts or warns the pilot prior to exceeding aircraft limitations. APAS is the first of its kind to be fielded in Army aviation and has tremendous growth potential for more mission systems to be integrated into the system.

And finally, another notable enhancement is the Degrade Visual Environment Pilotage System (DVEPS). It is currently being tested and integrated onto the MH-47G Block II aircraft to support safer mission execution in degraded visual conditions. DVEPS provides enhanced situational awareness information to the aircrews, which is of particular benefit when flying in reduced visibility conditions such as sand and dust. A degraded visual environment is one of the most hazardous conditions in which the pilots operate the MH-47G. DVEPS provides aircrews with aural and visual alerts via real time “see through” imagery on cockpit multi-functional displays. The data display is three dimensional and highlights man-made and natural obstacles, traffic on the ground, adjacent aircraft while operating in degraded visual environments, and suitability of the selected landing zone.

A&M: Feel free to speak to other challenges/goals moving forward.

Mr. Downer: With the Army’s future delivery of Future Attack Reconnaissance Aircraft and Future Long Range Assault Aircraft, Special Operations Forces (SOF) will have a unique opportunity to change the way it modifies its aircraft to meet the 160th Special Operations Aviation Regiment’s (SOAR’s) specific requirements. Historically, the AH/MH-6, MH-60, and MH-47 were developed through a process where the existing aircraft were procured commercially (e.g., AH-6) or delivered to SOF by the Army (e.g., UH-60 and MH-47). After receiving the aircraft, they were then flown by the 160th SOAR to start developing tactics, techniques, and procedures, and identify capability gaps to begin developing/incorporating SOF-unique modifications. The capabilities that sit on the ramp today are a result of a Block modification and incremental technology insertion process that evolved the aircraft with the most advanced mission equipment and capabilities to perform SOF’s worldwide mission. The SOF community has been working with the Future Vertical Lift Cross Functional Team lead and the Army’s PEO-Aviation as the aircraft designs are being developed. SOF’s early participation on the government team, in addition to the Army incorporating a modular open system architecture digital backbone, will provide significant cost and schedule savings on the initial fielding of SOF aircraft variants.