Ensuring the Army is Ready to Fight Tonight 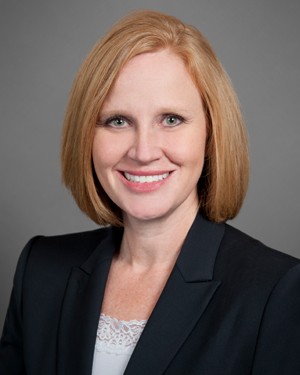 Kim Ernzen is vice president of the Land Warfare Systems product line at Raytheon Missile Systems in Tucson, Arizona. Before this appointment, Ernzen served as vice president of operations for RMS. Previously, she was director of Raytheon’s Advanced Products Center in Dallas. Ernzen worked for the former Raytheon Aircraft division in Wichita, Kansas, for more than 10 years. She holds a bachelor’s degree and Master of Science in aeronautical engineering and an executive MBA from Wichita State University.

Raytheon not only understands this new structure but also has an extensive portfolio of products and solutions, many of which align perfectly with the CFTs. Our existing technology can help the Army achieve its goals, and we are developing new capabilities to ensure that our ground troops can maintain an overmatch advantage.

Raytheon is one of America’s premier defense contractors. We develop and deliver advanced technologies so the Army can win today’s battles and succeed in the multi-domain conflicts of the future. We are supporting the Army in three major ways:

Dominance in Multi-domain Operations: Raytheon modernizes its technologies to give the Warfighter a tactical and strategic advantage in a multi-domain conflict.

Operating at the Speed of Relevance: Raytheon is developing and delivering the right solutions to the Army Futures Command to accomplish its modernization mission.

As Vice President of the Land Warfare Systems product line at Raytheon Missile Systems, I am responsible for a wide array of weapons and other systems that help give our men and women in uniform an unfair advantage in the fight. Weapon systems such as Excalibur, TOW and Stinger align with the Army’s CFTs like LRPF, NGCV and IAMD. These weapons have been proven countless times in combat. We are partnering with the Army to evolve these already advanced systems and make them even better. We are also constantly upgrading other Land Warfare Systems products such as Javelin and our targeting and reconnaissance systems.

Raytheon is working on new effector solutions. One example is our long-range precision strike missile called DeepStrike™. This new missile is designed to meet the Army’s Precision Strike Missile, or PrSM, requirement as part of the Long-Range Precision Fires CFT. Our advanced solution features an innovative, two-in-the-pod design and an advanced guidance system. Raytheon’s new long-range precision strike missile will fly farther and faster and pack more punch than the current weapon, which is rapidly approaching the end of its service life.

Another example is our versatile Coyote unmanned system. We have developed a new variant of Coyote that can target and eliminate enemy unmanned aircraft. The Army is now procuring these counter-UAS Coyotes to help protect troops on the ground.

Raytheon is also developing an advanced 3rd Generation Forward Looking Infrared system. This new, dual-band 3rd Gen FLIR sensor package is a leap-ahead capability that will enable Soldiers to see more than twice as far on the battlefield as with existing single band sensors. 3rd Gen FLIR is the premier sensor development program for the Army’s vehicle modernization programs.

As a global company, Raytheon has solidified strong partnerships around the world. By leveraging those alliances with America’s allies, our company can partner to deliver rapid, low-risk and affordable solutions.

At Raytheon, we are focused squarely on the Army Soldier, making sure he or she is truly ready to fight tonight.

This document does not contain technology or technical data controlled under either the U.S. International Traffic in Arms Regulations or the U.S. Export Administration Regulations.