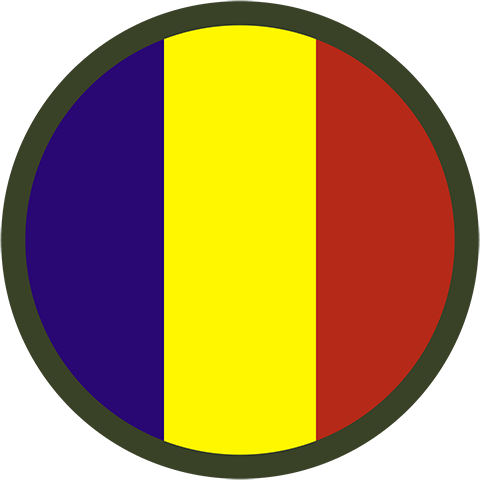 With recent decades of U.S. combat force engagement on multiple continents, the nature of warfare remains steadfast while its character continues to evolve. Nowhere is that change more evident than in the application of technology to gain and exploit advantage over an adversary.

Army Aviation, both manned and unmanned, has experienced exponential leaps in technology. Continuous warfare on multiple kinetic battlefields has provided a real-time laboratory to accelerate advances in manned and unmanned teaming technology. The ability to identify, strike and protect more efficiently than the enemy continues to provide a decided advantage in tactical and operational scenarios. Manned-Unmanned Teaming (MUM-T), the ability of manned aviation platforms to operate in a complementary manner with unmanned assets, is more a technique than a technology.

However, recent advances in technology have created large leaps in capability and facilitated the charting of a path for future success on the battlefield. Current advances in technology have proven highly lethal and survivable in the current operating environment. Traditionally speaking, however, aviation assets do not intuitively communicate across proprietary software lines or across disparate aerial platforms. This lack of platform and sensor interoperability has the potential to hinder situational understanding, lethality and survivability in the future near-peer operating environment. To counter this interoperability short-fall, Army Aviation is pursuing improved capabilities across the manned and unmanned fleet with a concerted effort for advanced teaming capabilities for the long-term future. These efforts build a strong case for real optimism in the field of manned and unmanned teaming.

In recent Army Aviation attack operations, through highly technique-driven methodology, unmanned aircraft systems (UAS) operators would relay information via voice and occasionally a video feed to attack aviators to share situational awareness and, in more advanced platforms, display near-real-time operational information in the form of video feeds. While this process produced valuable information and resulted in increased situational awareness and operational effectiveness, the distribution of tactical information was often inefficient and sometimes irrelevant—thus the need for improved communications across both manned and unmanned aerial systems.

The Apache community overall evolved from voice-only target handovers to video feeds and telemetry targeting data in the cockpit. This heightened situational awareness created a hunter-killer relationship. In this scenario, the smaller and stealthier UAS offers reconnaissance with a reduced signature, thereby affording the AH-64 standoff outside of the enemies’ weapons effective zone, increasing survivability. It also reduced the “kill chain” by providing more rapid engagement times due to shared situational awareness.

The next logical step in this process will increase interoperability between manned and unmanned platforms. Future AH-64 upgrades include the Apache crews’ ability to control certain UAS sensors, the capability to change fields of view, use UAS laser for ranging, and weapons designation with the added potential to program UAS to fly specific routes and/or reconnaissance patterns. These upgrades, along with increased range and the capability to operate on multiple waveforms, will enable attack crews to communicate with multi-service UAS, facilitating true joint MUM-T interoperability. The AH-64 continues to be the most lethal weapon system on the battlefield and with the addition of increased MUM-T capability, promises increased sophistication of manned and unmanned teaming in an increasingly complex battlefield environment.

Historically, manufacturers of the Army’s reconnaissance and attack assets created their own “operating systems” for their respective products. Apaches, Gray Eagles, and Shadows (along with small UAS) were all approached with minimal specified teaming goals and with no hardline requirement to fully interoperate across disparate platforms and sensors. Sensor operators and supported elements were forced to resort to time-consuming and redundant workarounds to achieve any semblance of rudimentary interoperability. Needless to say, such an environment does not maximize the potential of all aviation systems on the battlefield.

Recently, however, the Army’s Aviation Center of Excellence at Fort Rucker began creating the requirements for a standard “operating system” to normalize the user’s experience. Just as teams collaborate in real-time on cloud computing, Commanders, Soldiers on the tactical edge, manned pilots, and UAS operators will communicate in real-time using the same base software to reference different payloads on multiple sensors. Overcoming this historical hurdle will exponentially increase the Commander’s situational awareness.

Users will navigate the “operating system” using an authorizations-based Scalable Control Interface (SCI). A software-based solution that is platform agnostic, such as APP on a tablet or end-user device, will allow users to quickly access sensors and platforms within range based on their delegated Level of Interoperability (LOI). In this context, operators of unmanned aerial platforms in the Ground Control Station (GCS) will provide supervised management of multiple UAS while video feeds and permission-based control will be available to Soldiers at the tactical edge. SCI promises to level the playing field with respect to LOI application and ease of use. This approach to “right-sizing” UAS employment across multiple levels will only increase mission efficiency and overall aviation contribution to the battlefield.

Efforts to increase interoperability with current platforms carry us through the near-term fight. However, the future battlefield threat will require a much higher level of sophistication and survivability. Army Aviation will answer that threat with Future Vertical Lift (FVL). Along with FVL comes the requirement for a more survivable, interoperable UAS capable of conducting “Advanced Teaming” with FVL platforms. As its name implies, Advanced Teaming is the next evolutionary step in manned-unmanned interoperability by leveraging autonomy improvements in sensors, flight computers, and mission planning systems to improve the effectiveness and efficiency of MUM-T, all while simultaneously reducing Soldier workload.

Basic requirements for advanced UAS should include a form factor that can hide in radar clutter, conduct electronic attack, and operate in the urban canyons of megacities. The advanced UAS, teamed with future attack reconnaissance aircraft, will need to foster the interoperability between our ground forces and our fires teams in order to detect and deliver lethal effects.

Together, this advanced team must be able to operate in contested airspace and be lethal at extended ranges. The platforms must team to create improved human-machine interfaces and still offload high cognitive workloads while increasing situational awareness. It must achieve higher levels of autonomy in order to dominate the area or corridor for the Joint Force, possess ultra-reliable designs that provide maintenance-free operating periods, and address future life-cycle costs.

Additionally, improvements in sensors automation of the Processing, Exploitation & Dissemination (PED) process will provide a capability for the system to perform automated target detection and identification. Sensors will autonomously scan the anticipated flight path and designate Named Areas of Interest (NAIs) for further investigation. Once an entity is found, the UAS would then compare those entities to known target profiles and provide those potential targets to the Soldier for confirmation or rejection. This level of autonomy would allow for more efficient teaming with manned aircraft during remote engagements, as well as decrease overall target engagement timelines.

The future of manned-unmanned teaming, from the current initiatives in Apache and UAS, to the Advanced Teaming work in future technologies, will allow for greater aerial autonomous capabilities which include swarming and collaborative engagement between manned and unmanned platforms. Moreover, future approaches in this field look to high-level autonomy to enable multiple UAS to collaborate “on their own” to solve problems and accomplish the mission goals. These efforts will continue to foster Army Aviation’s ability to identify, strike and protect more efficiently than the enemy—the only way to win the future fight–and remain critical to our sole purpose of supporting commanders and Soldiers on the ground.